Thanks to the position of the Iblea region, which is further South than Tunis, in Tunisia, one can swim until late October, and year round, for the most courageous. The entire coast is characterized by golden sandy beaches, set in their beautiful coves, and by the beautiful natural reserves of the Irminio river delta and the Forestale Park, near Randello.

(15 minuts from Cavalonga) Kamarina is a beautiful beach of fine golden sand. One travels through small panoramic country roads lined by stone walls to reach it. It can be reached by driving along the small roads crossing the beautiful countryside.

THE FORESTALE BEACH IN RANDELLO

(18 minuts from Cavalonga)The Forestale beach in Randello can be reached on foot by a 400 m. path through the stunning and scented eucalyptus Forestale Park. After the woods, there are pine trees, acacias and broom until one finds the sand dunes, which open onto a long golden beach. To the left of this protected area, there is a rocky landscape where the sea is deeper. The paths are easily manageable, even with baby carriages, and the park has picnic areas and children’s playgrounds.

(20 km from Cavalonga) The renowned Italian fiction television series Commissario Montalbano, Chief Police Montalbano, has made the seaside location behind the village of Punta Secca famous and sought after. In any case, the blue sea that follows the golden beach, crowned by a small rocky archipelago, is among the most beautiful in the area. On the right, besides the old factory called “Palmento”, one can find lovely inlets with hardly any people. The village of Punta Secca has various bars which offer very good ice-creams and granite, local sorbets, and restaurants with typical Sicilian food.

(18 km from Cavalonga) Scoglitti was once a picturesque fishing village and is nowadays a busy resort with an important port for both fishing boats and tourism. Fishing boats are still very active and bring to Scoglitti the best fish in the Mediterranean Sea, which is then cooked in all sorts of ways in the renowned local restaurants. They should not be missed. It is an experience to participate, or just be a mere spectator, in the selling of the fish that takes place in port when the fishing boats return in the morning or in the early afternoon. Anyone can buy a whole box full of fresh fish. This location has two stretches of golden sandy beaches; Camerina towards the East and Gela towards the West. Some areas have beach clubs and others are free.

(52 km from Cavalonga) One can take a hydrofoil to Malta from the port of Pozzallo. In the Summer months there are ships on a daily basis.

(18 km from Cavalonga)The Marina di Ragusa is extremely popular and very busy during the Summer. It is buzzing with restaurants, nightclubs, private clubs, bars, ice-cream parlors and all sorts of places to have fun. It also has a bran new sailing port with room for over 600 boats. Relais Parco Cavalonga offers its guests some advantages in some selected beach clubs which have restaurants among other amenities.The beach at the mouth of the Irminio River, (please see “The Natural Reserve at the Mouth of the Irminio River” in the :Countryside” section) can be reached after the Marina on a lovely walk along the banks of the Irminio River. The landscape is typical of the Mediterranean coast and it climbs over the sand dunes covered in vegetation.

Swimming is not permitted in the stretch of beach facing the Reserve, but on both ends of the mouth of the river, particularly on the left, beyond the mouth, there are long golden beaches in which one can bathe.

One can run into beautiful golden sandy beaches among rocky areas going from Marina di Ragusa, following the coastal road to Donnalucata. In the cute town of Donnalucata there are coffee shops and restaurants.

Beyond Donnalucata, are Samperi and Cava d’Aglia, which have similar landscapes. The Pisciotto beach, which is nearby, is particularly beautiful.

A day trip to Capo Passero is most pleasant. It is located on one of Sicily’s three far corners, where the Channel of Sicily Sea and the Ionian Sea meet. During stormy weather, because of the local winds, it is surprising to observe a distinct demarcation line with the still crystal clear water of the Ionian Sea. During good weather, one can go swimming in the wonderful rocky sea.

The old tuna factory (tonnara) in the village of Porto Palo is worth a visit due to its picturesque location.

The day trip can be extended to the ancient and picturesque fishing village of Marzamemi, where some houses date back to the Arab period. One can buy canned and dried fish delicatessen, such as the bottarga, dried fish roe.

Near Marzamemi is Vendicari, a stunning fauna oasis. Its white sandy beaches and pale green water remind one of the Caribbean. 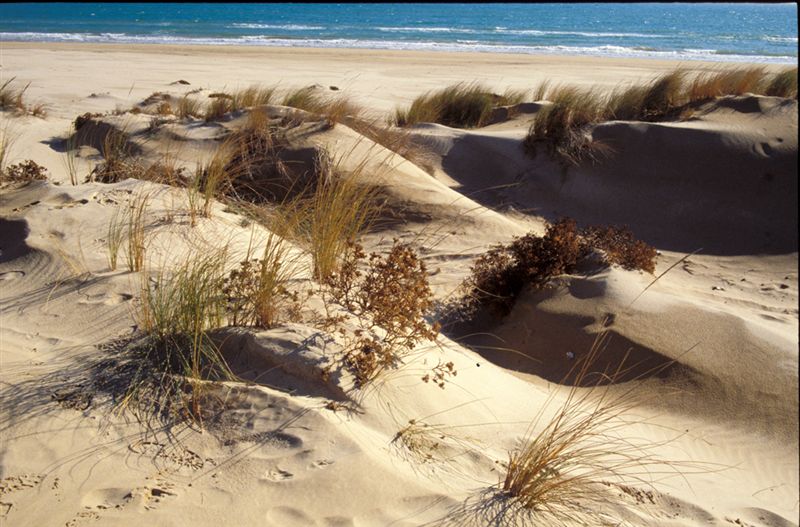 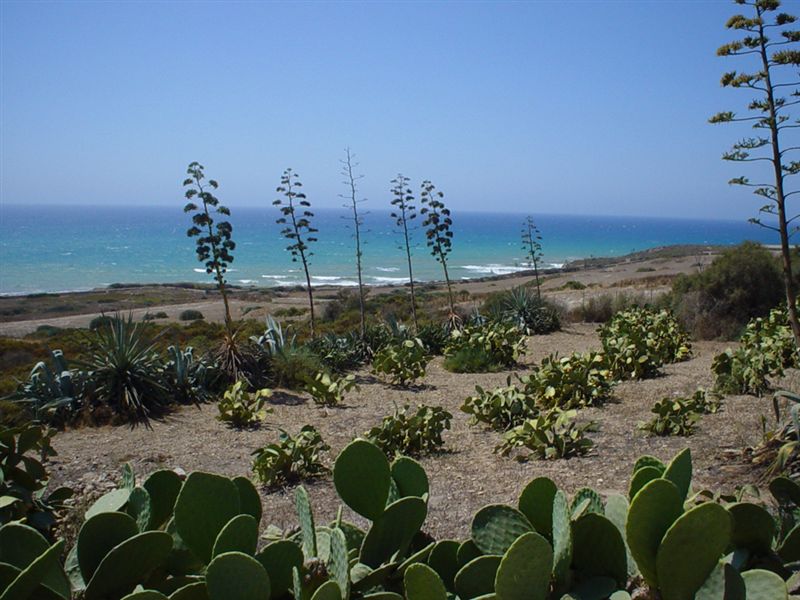 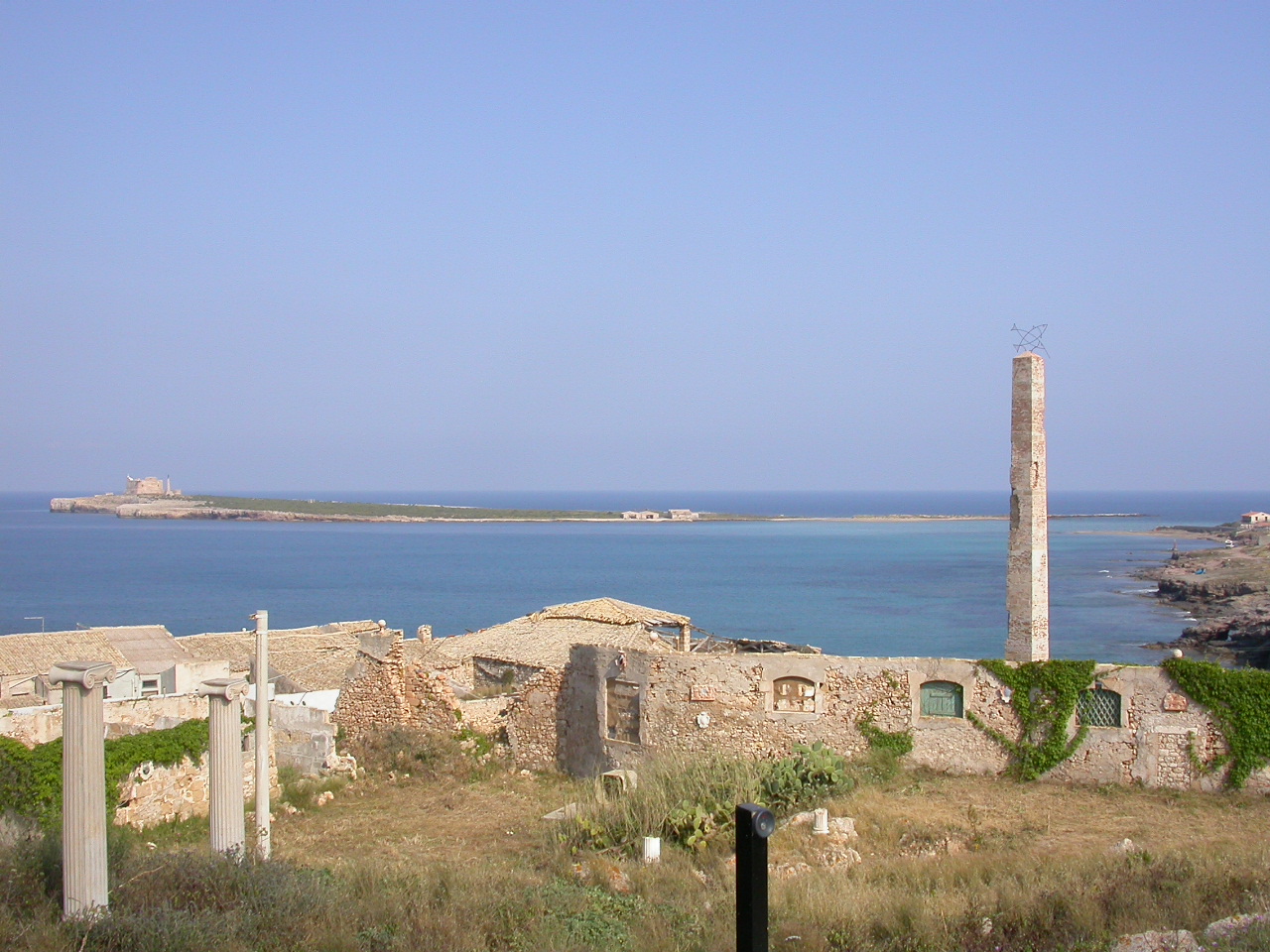